Another fall day out 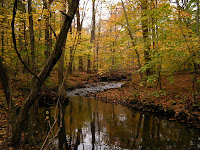 I took the chance to take another afternoon off and enjoy my favorite time of year in New England.  I headed to a small stream that I haven't fished in a couple of months.  I thought this stream would be in good shape after a few days without rain.  With success I had with the black stimulator on the previous outing, I decided that I would try the stimulator with a bead head phesant tail soft hackle as a dropper.  This turned out to be a good choice as all but one fish took the dropper over the big dry.  The noteworthy exception was an orange-bellied brook trout that launched an aerial attack on the big dry and missed on the way down. His second attempt was successful but my attempt to get a picture was not.  All told, a dozen wild browns and brookies were brought to hand with the browns out numbering the brookies 3:2. 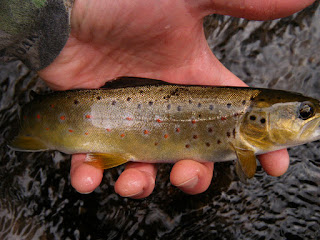 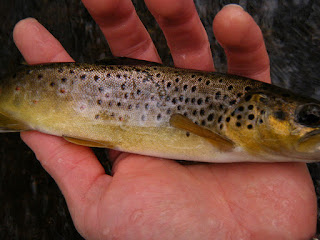 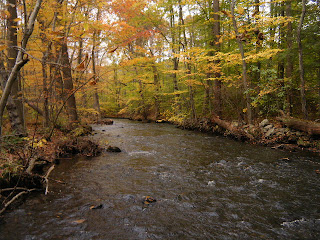 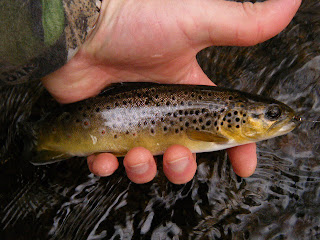 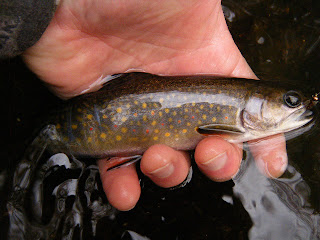 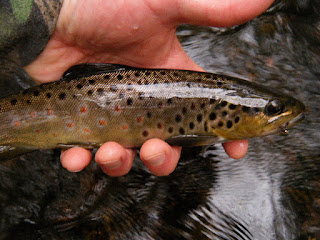 Had the chance to get out for a couple of hours yesterday afternoon.  I figured with the cooler temps the fish would be interested in streamers.  In the first good run, I did manage a nice brown on a peacock and dark hen hackle bugger.  Just for kicks I tried a black stimulator (pattern from Ben over at http://theleaper.blogspot.com) to fish some slow pools and was surprised by the interest.  I fished the stimulator for the rest of the afternoon and enjoyed watching the explosive slashes that make fishing big dries in small streams such a pleasure.  A handful of nicely colored browns and a brookie were photographed and sent on their way. 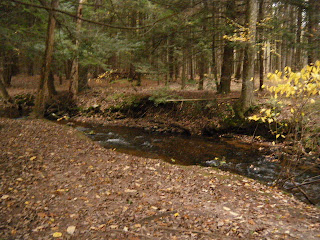 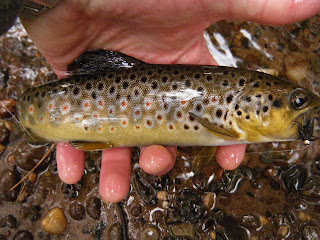 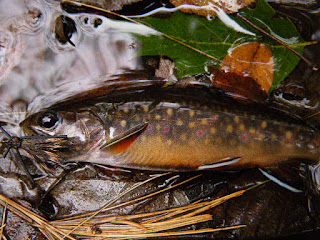 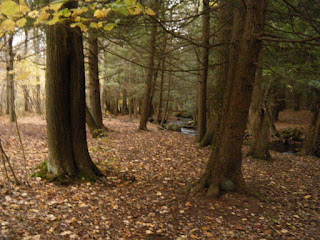 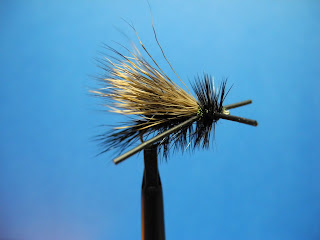 The Thirteenth Lake streamer is named for 13th Lake in the heart of the Siamese Ponds Wilderness in the central region of the Adirondack Mountains of New York state.  I visited this lake for the first time this summer and hope to go back next season.  The region is known for it's garnet mines and this streamer bares that reddish orange tint of the garnet the streaks much of the rocks in the region.  Based on the results of a recent outing the brook trout like it too ! 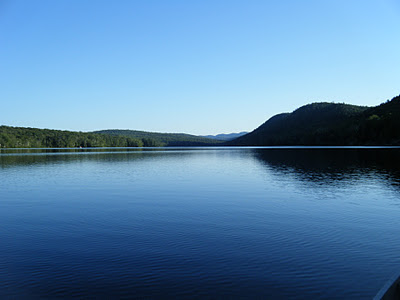 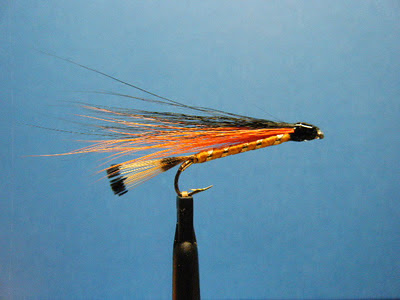 Closing out the season

With the trout season closing this week in New York State, I had the chance to make one final trip to the Adirondack Mountains and enjoy the fall foliage and fish a few favorite brooks.  A couple of interesting side notes.  First, all the fish were caught on either black marabou, or 13th Lake Streamer which was created for a lake in this region of the Adirondacks.  This trip brought 2 rainbows from the same pool in the upper reaches of one of the brooks leaving me wondering if they are indeed establishing themselves.  Hopefully, they will not negatively effect the native brook trout in this brook.  Finally, I noticed that I had taken a picture of what I believe to be the same trout late in the summer.  It's interesting to see the difference in coloration on this trout a month or two later in the year.  Most of the brook trout brought to hand had a decidedly orange hue.


While this fall has not been the most dramatic in terms of the display of colors, it was a real blessing to take it all in with the warm afternoons that came our way.  If a picture is worth a thousand words, then I will just let the pictures speak for themselves. 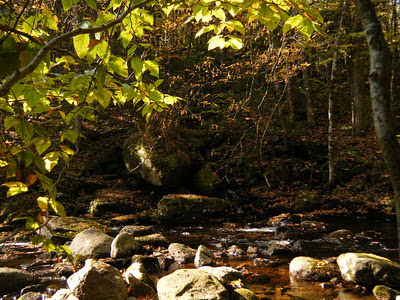 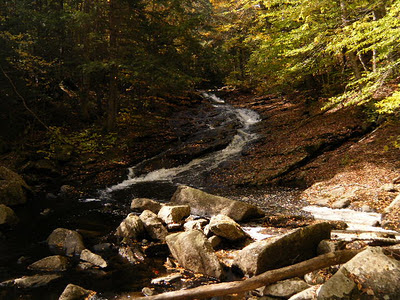 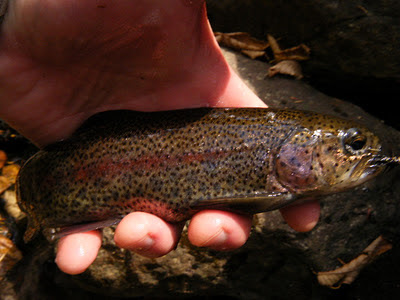 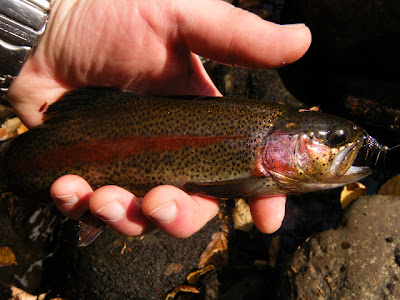 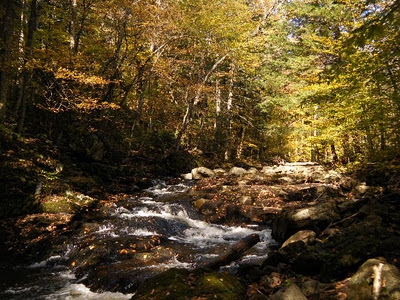 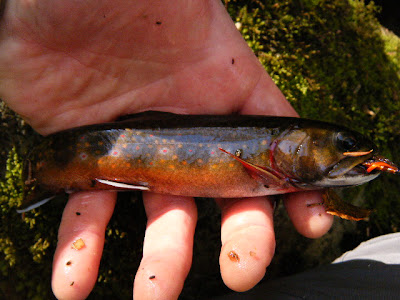 Headed out yesterday afternoon to check out another stream that's been on my list.  This stream is stocked but is known to have a healthy wild brown trout population.  It was a lovely stream that flowed through some farm land with lots of wild browns.  Fishing a new stream is always a learning experience as you learn where the fish are and how to approach them.   In the slower sections I could see dozens of trout heading for cover as I tried to get into a position from which I could actually cast.  In the end, a handful of wild browns and an odd rainbow mixed in were brought to hand on a stimulator/soft hackle pheasant tail combo. 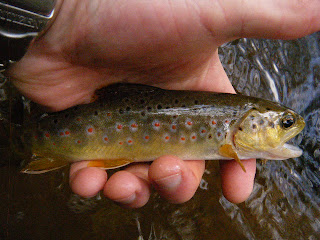