Some Adirondack bucktails and a favorite dry

With snow coming down here in the Northeast , it's a good day to do some tying. Back in the fall I was invited to tie some flies for a book project that a Canadian tier, Damien Lee Welsh, is putting together.  Damien's project is to collect and photograph little known or forgotten trout patterns.  So I've decided to contribute some Adirondack bucktails and favorite Adirondack dry in addition to a couple soft hackles.

The bucktails shown here were tied by a lesser known Adirondack tyer, Ed Bendl.  Ed would often name his creations after Adirondack ponds and lakes.  The fly shown below is a bucktail variation of Ed's 13th Lake streamer.  I believe the original version was a trolling fly.  The streamer gets it's name from Thirteenth Lake, a lake in the middle of Siamese Ponds wilderness known for it's rainbows and landlock salmon.  The orange body with the black deer hair reminds me of a small brook trout.  I can vouch for the ability of this fly to attract Adirondack brook trout. 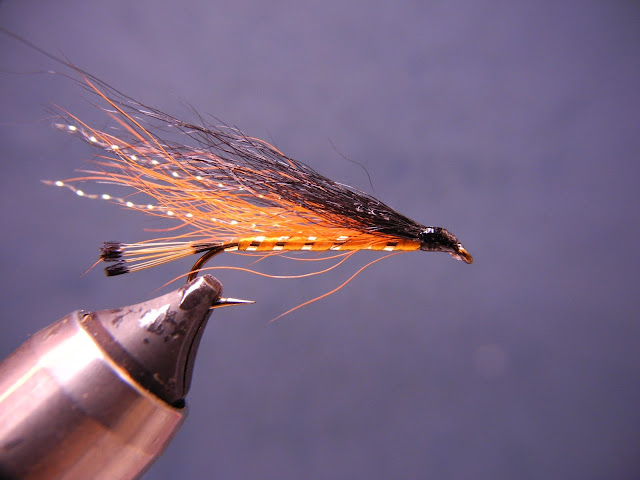 Here's another old Adirondack bucktail, that called the Kelly Bill.  The best information I have is that the fly  was first tied in 1925 by Herb Howard after a conversation with Bill Kelly of the Cranberry Lake region of the Adirondacks.  Again the black and orange color scheme is present.  The older verison of the flies use a fire orange head as shown below.  Personally, I like a black head on this one as it makes the orange wool stand out better.  I am looking forward to trying this one out this season. 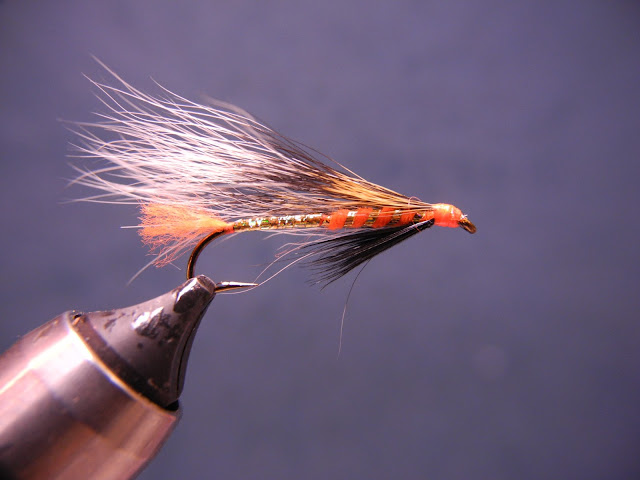 One of my other contributions to the book project is another Fran Better's fly, the Ausable Bomber.  There isn't much written about this fly.  I first heard of this fly from Alan of Small Stream Reflections.  This fly has become one of my all time favorites for fishing small streams for brook trout.  This fly floats extremely well which makes it ideal for fishing the pocket water typical of Adirondack waters.  My other favorite way to fish this fly is above a soft hackled pheasant tail tied off the back of the hook.  This dry/dropper combination is hard to beat. 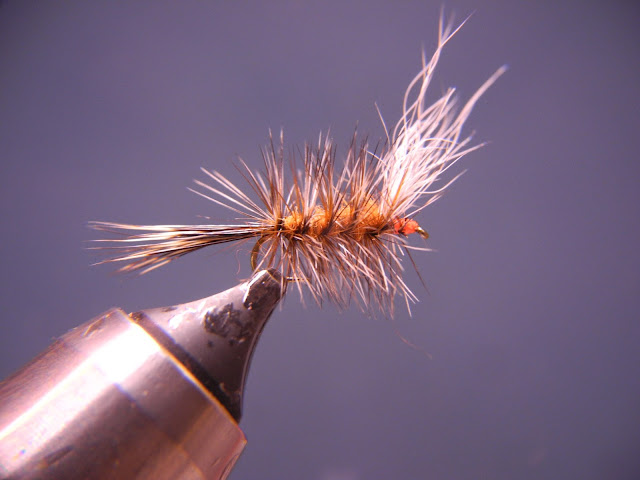