Last week I broke the tip on my Cabelas' 50th Anniversary Custom Glass rod.  This was a favorite rod of mine and at 5'9" long, the little 3wt was a great rod for fishing small streams. Being a bit of a minimalist, it was the only small stream rod I owned, so I was a bit disappointed.   Cabelas had stopped producing the rod and it didn't look like I was going to be able to repair or replace it.  I did find out that Cabelas is re-introducing the rod this year but they are currently not available.


After some research, the Ruby River fiberglass rods caught my attention. They had some very positive reviews and the price tag seemed very reasonable so I ordered their 7'6" 3wt and it arrived in the mail late last week.  I have to say that I am really impressed with the quality of this rod, from the translucent burnt orange blank to the quality cork handle, all they way down to the nice reel seat.  In addition to the good looks, it casts like a dream!  In the backyard, I was easily laying out 30-40 casts with little effort.  It's a bit stiffer in the butt section than the Cabelas rod which I think improves it's casting performance relative to the Cabelas rod.  Having a short, 4 piece rod, will also appeal to those who want stow this rod in a pack for fishing more remote locations.  My only question was whether the longer length would be a disadvantage on a tight small stream.

So with a little rain and very favorable temperatures in the forecast, Kirk and I made plans to take it out and give the little rod a test drive.  The extra length was no issue at all and this little rod was a pleasure to fish in tight quarters.  It roll casts very easily and the extra length adds a bit of extra distance for those situations where a bow and arrow cast is warranted.  If you are in the market for a small stream rod, I would highly recommend you take a look at this rod.  The quality, price, and performance of this rod are hard to beat! 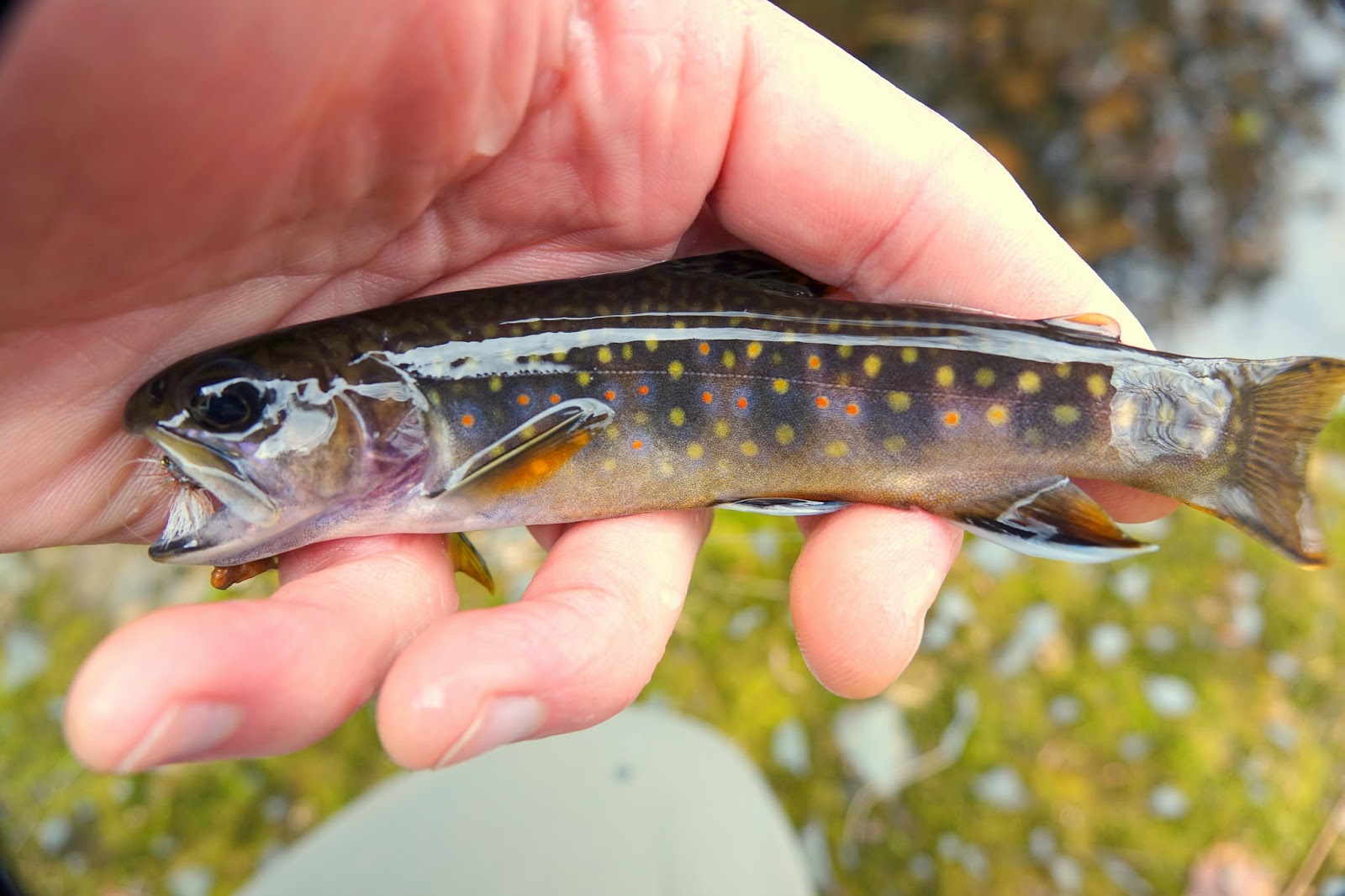 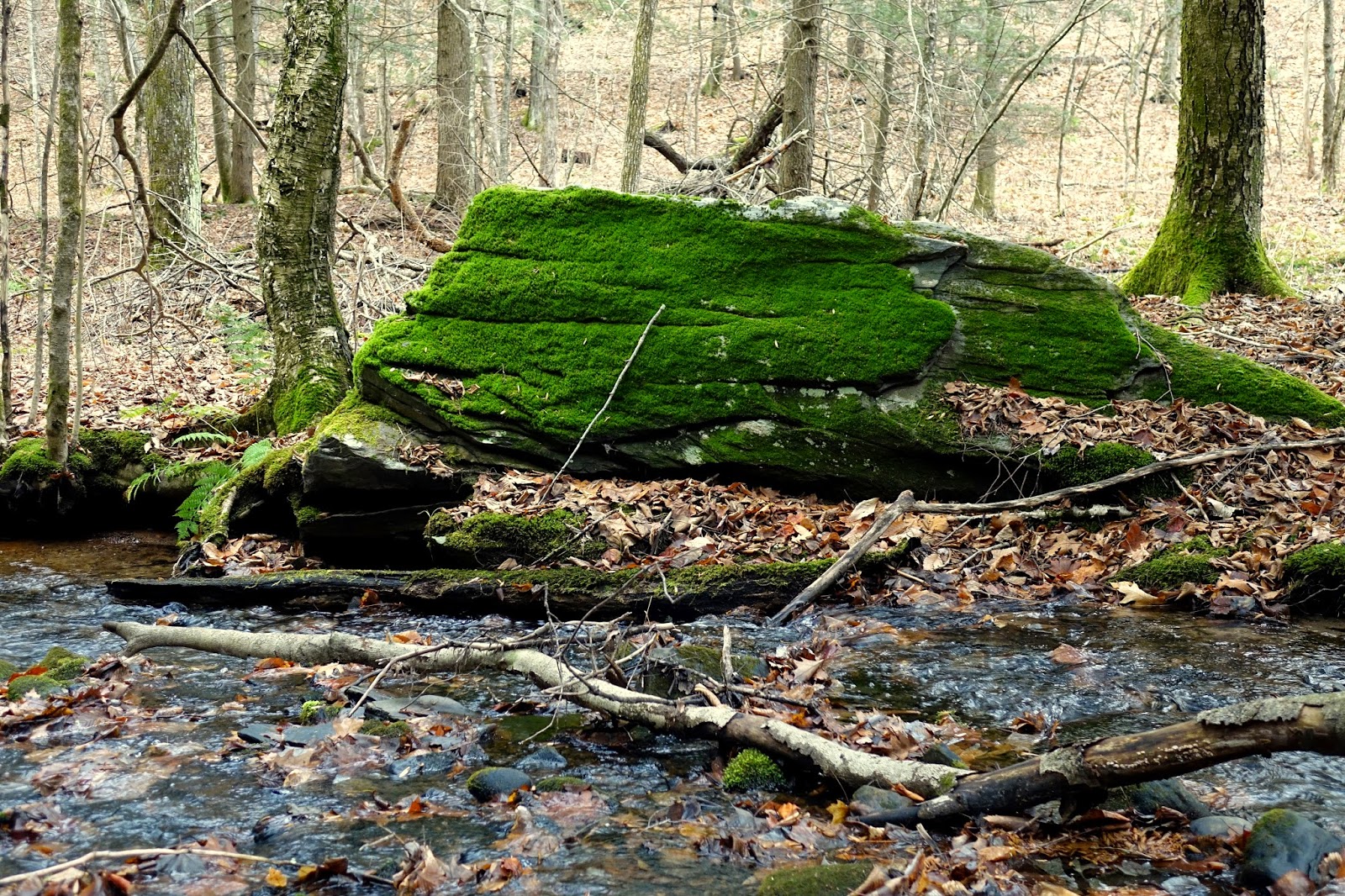 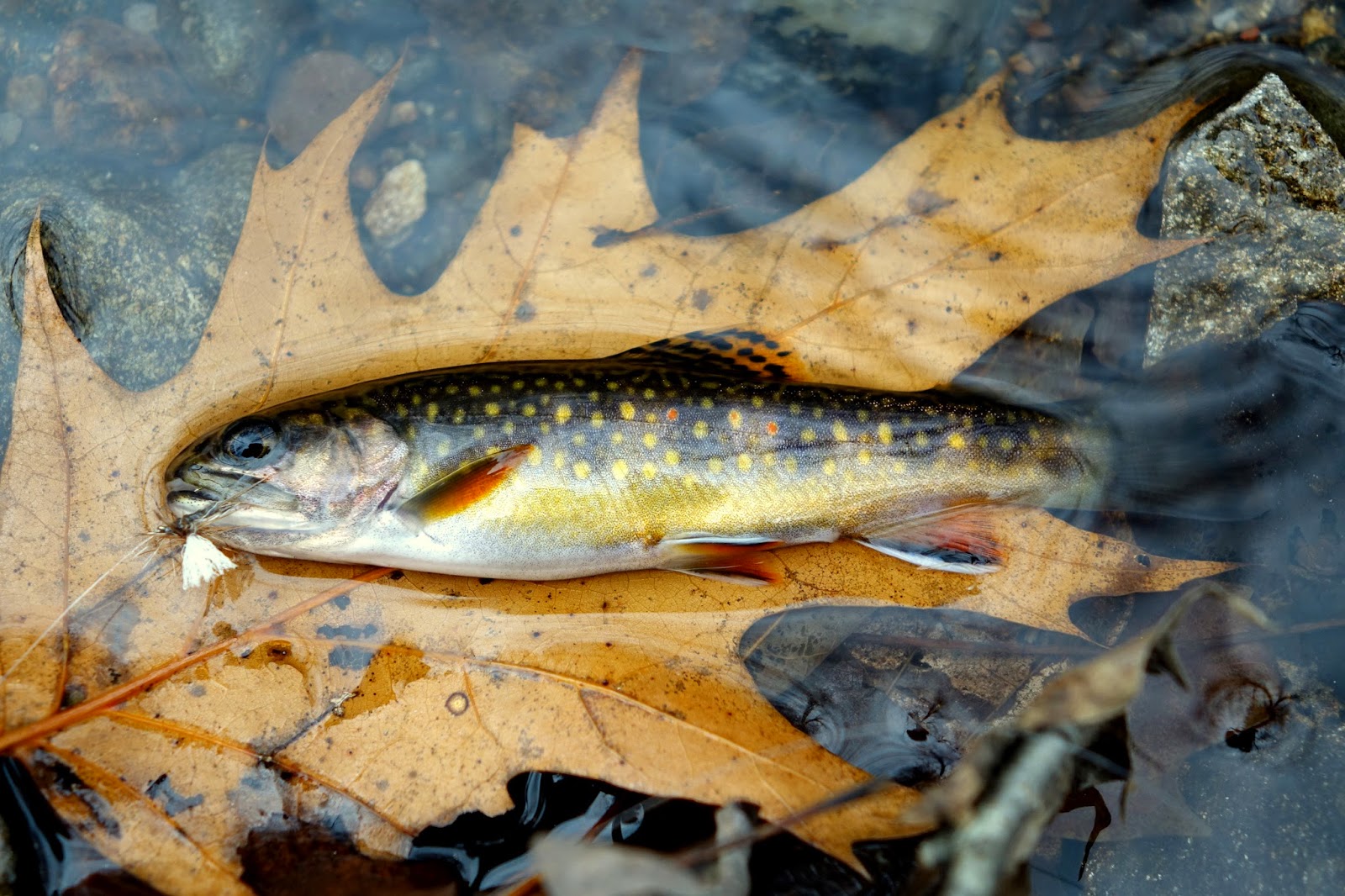 Kirk and I enjoyed the opportunity to fish small dries to willing fish.  While the water levels were still low, even after rain the day before, the fish were interested in our small dries.  I fished an Adams parachute (#18) and lent Kirk a Purple Haze of the same size.  We both had our share of hookups and there didn't seem to be any preference for one fly over the other.  More than likely the size of the fly was a more important consideration.  Lately, I've been enjoying fishing small parachute style flies. I find having a visible post is a real bonus when fishing small dries.  As we were walking out, I suggested Kirk try a pool where earlier I had seen several fish rise.  Sure enough, Kirk managed to coax a pretty rainbow to take a small emerger off the surface.  It was another great afternoon out fishing small stream and a good opportunity to give the new rod a proper breaking in. 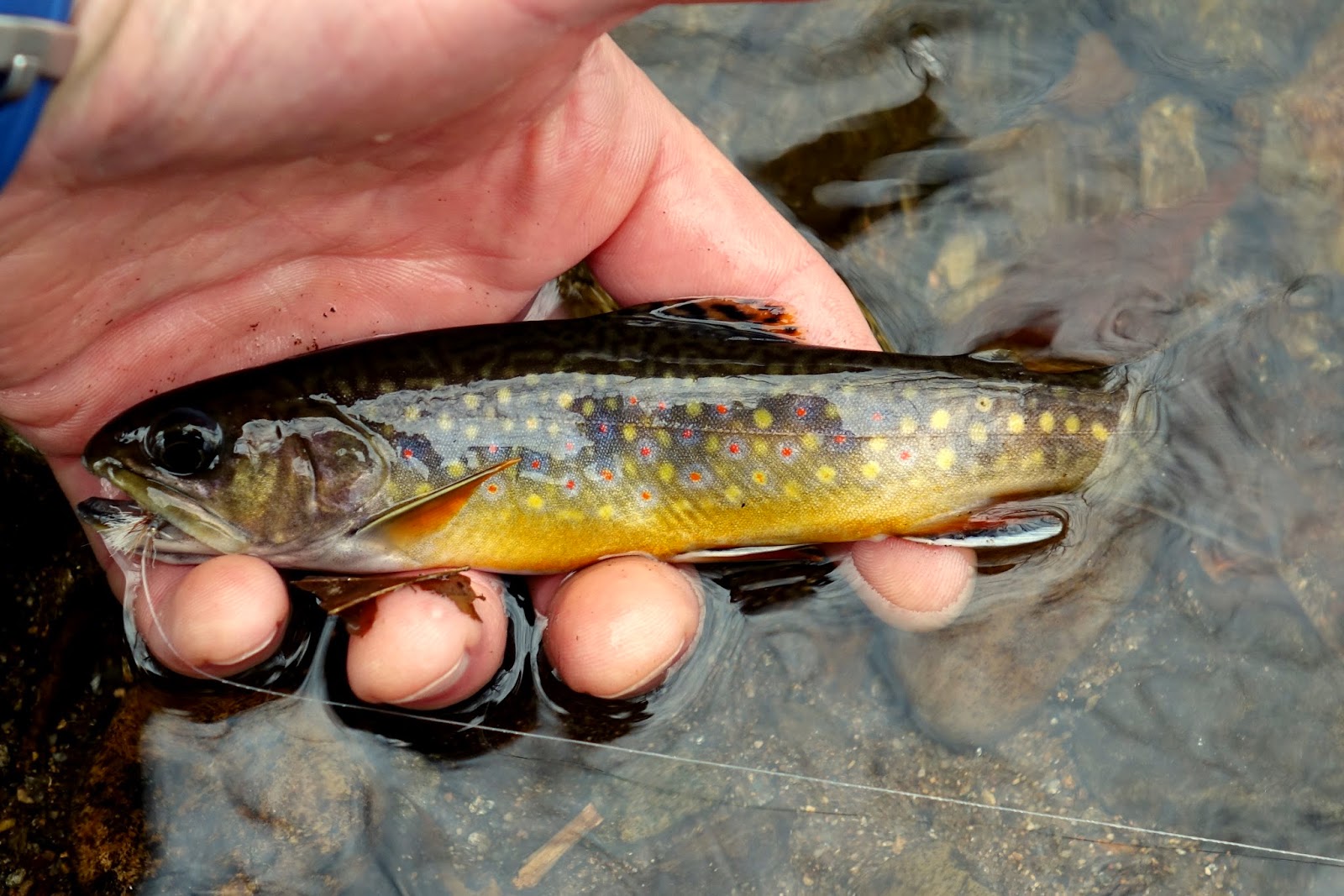 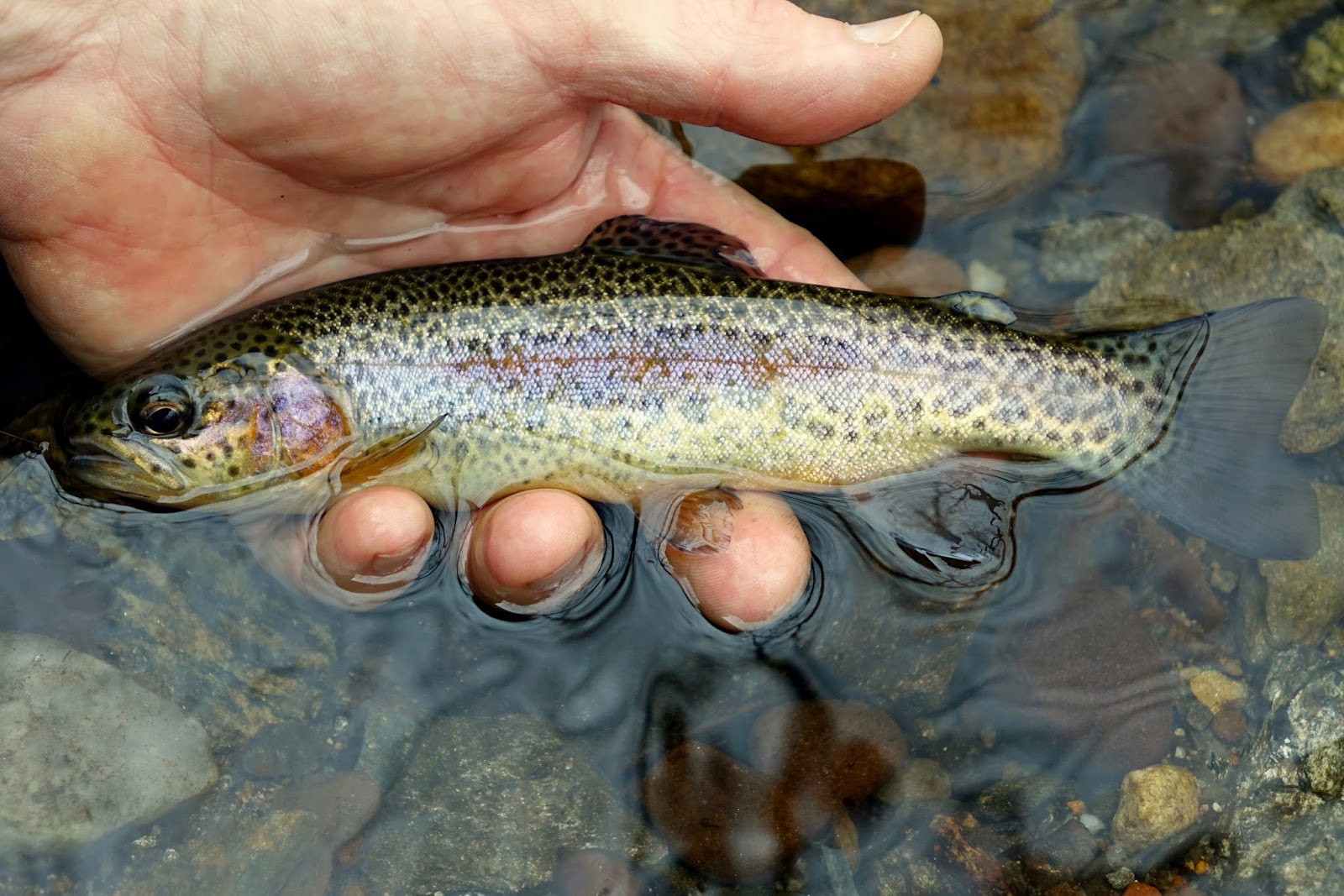 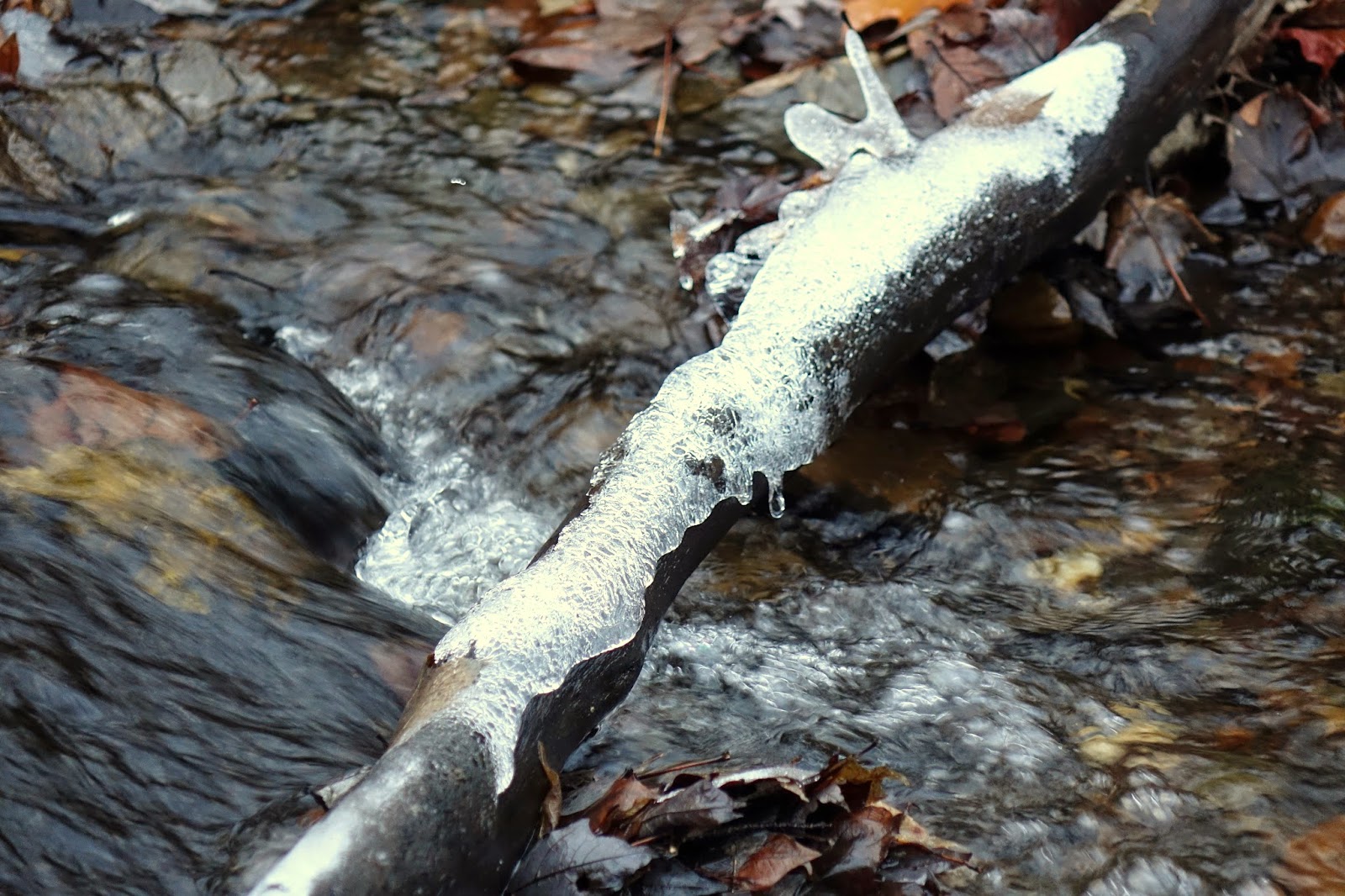 This afternoon I took a walk along a favorite small stream.  The water level was predictably low and I saw and spooked more fish than I coaxed to the fly.

The cool temps, gray skies, and ocassionaly snow showere didn't suggest that the dry fly was going to be very effective but sometimes I just enjoy fishing a dry fly on a small stream regardless of the results.

Today I fished a #18 purple haze just for fun.  I had a handful of brief hookup with one to hand but it was great to be outside for couple of hours.  Being outside for a couple hours is medicine for the soul 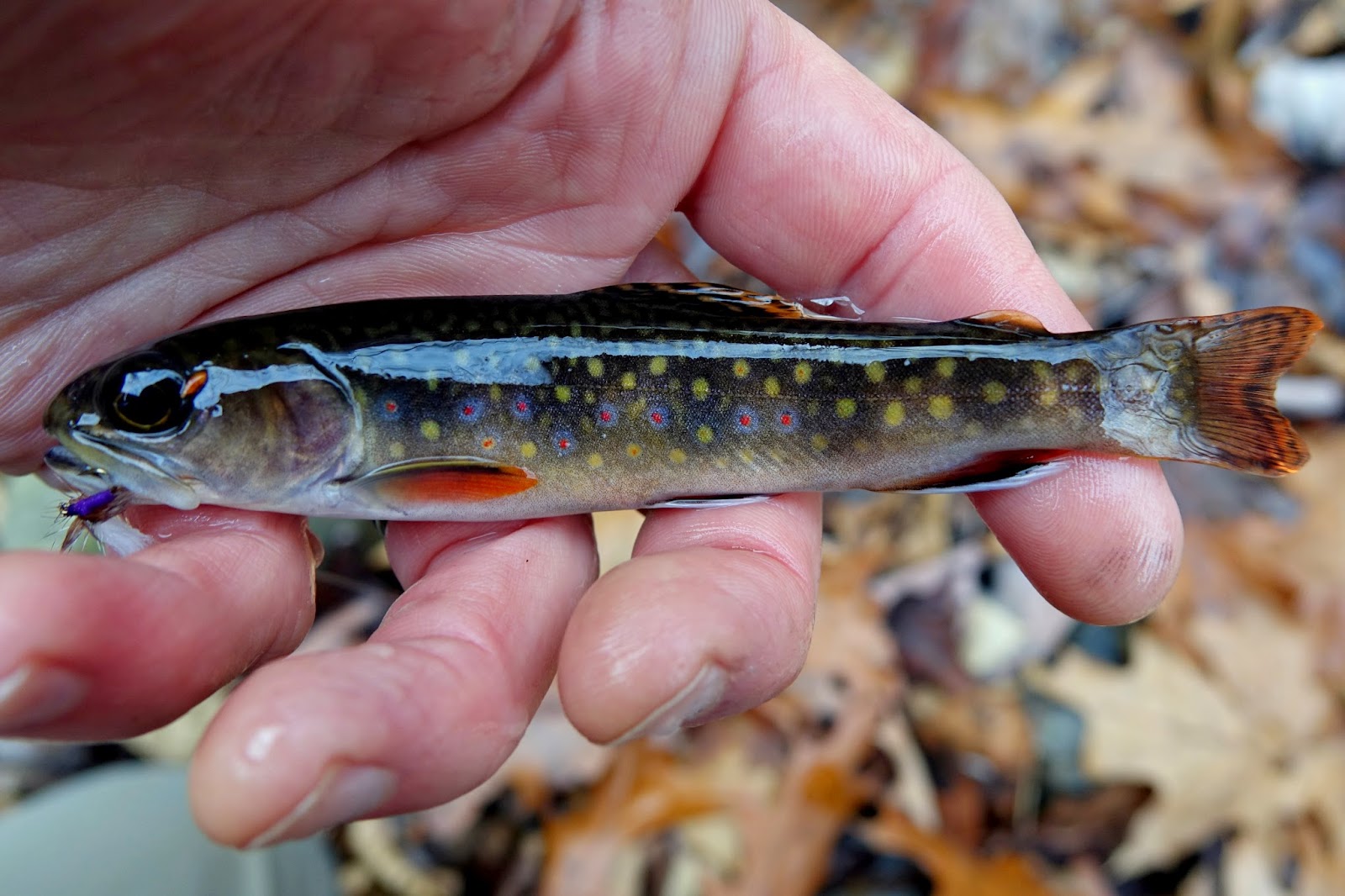 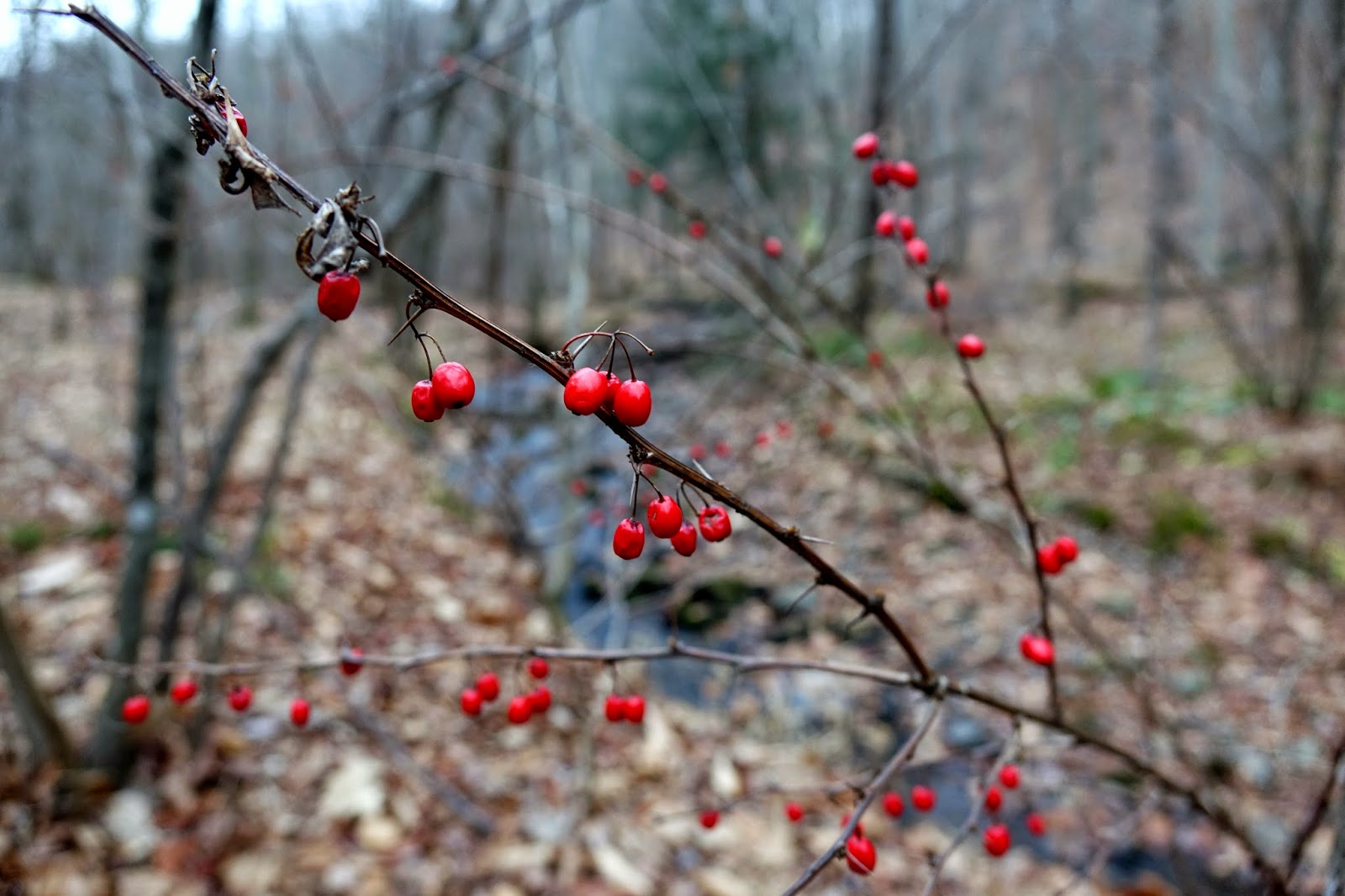 The gray days of November are here.  It sure felt colder then the thermometer was showing with overcast, stormy looking skies, and a steady breeze.

Yesterday, the game all subsurface and covering lots of water. Definitely not numbers day but fish were caught in 3/4 locations I fished.  A heavy anchor to get the fly down and moving slow along the bottom of seams and soft creases and underneath the leaf hatch was essential.  The trailing foam egg was the fly that sealed the deal most of the time.  The browns are looking very colorful these days! 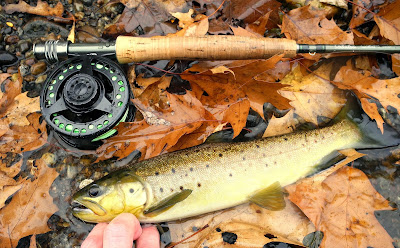 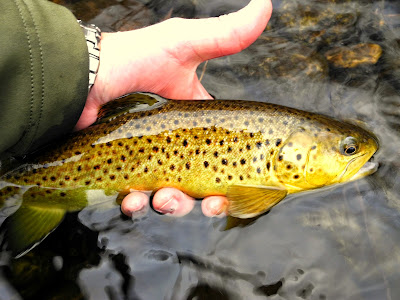 The colors of fall

It's been a wonderful fall this year.  Here are some pictures remembering the colors.of fall. 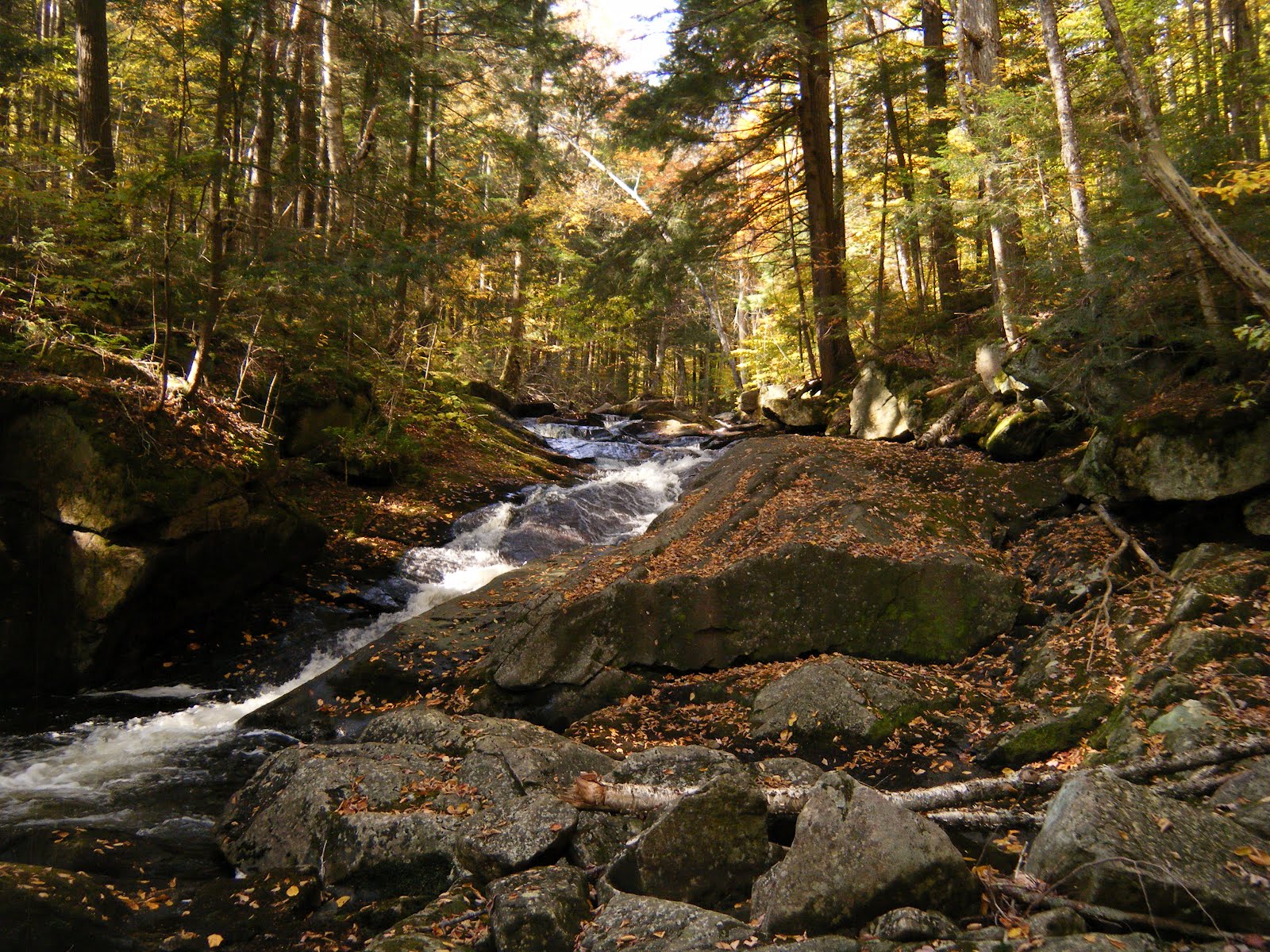 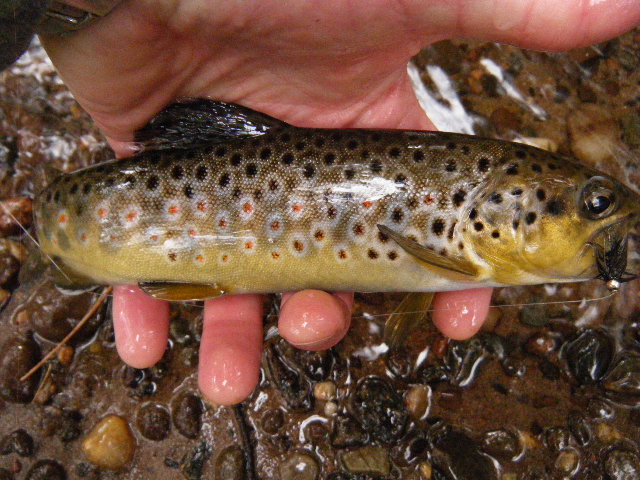 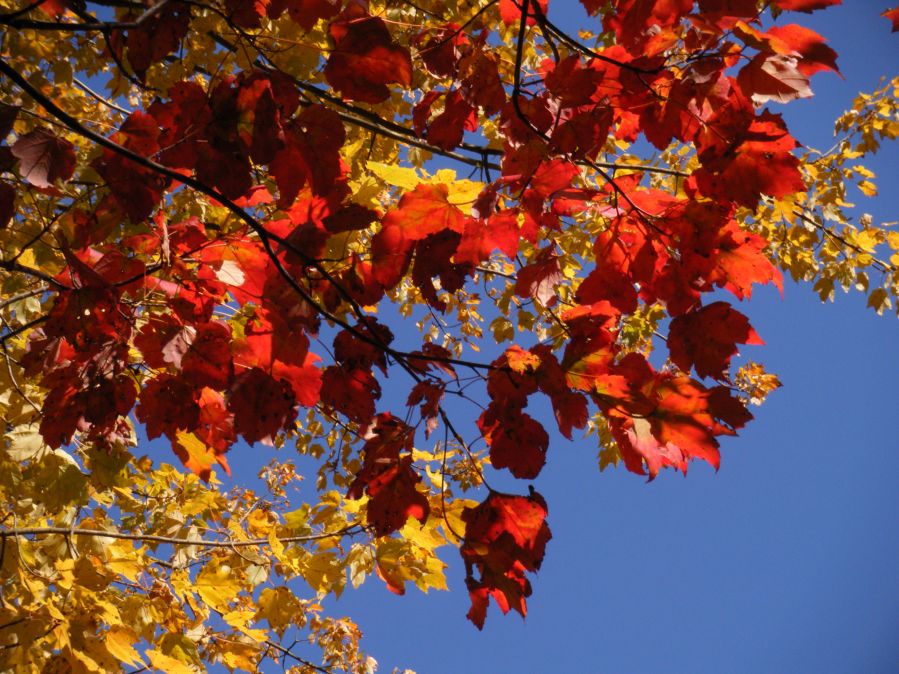 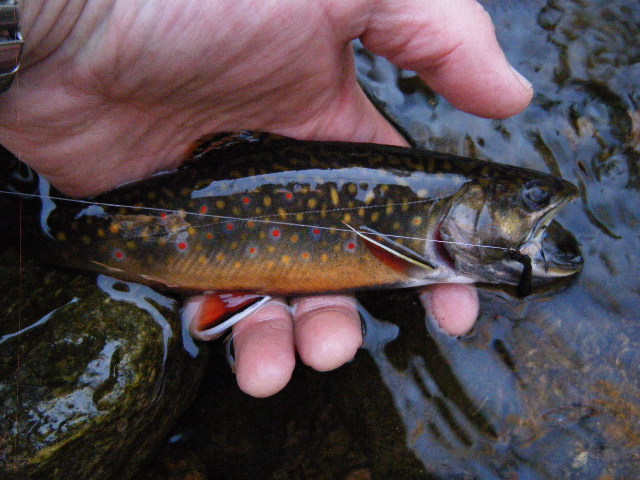 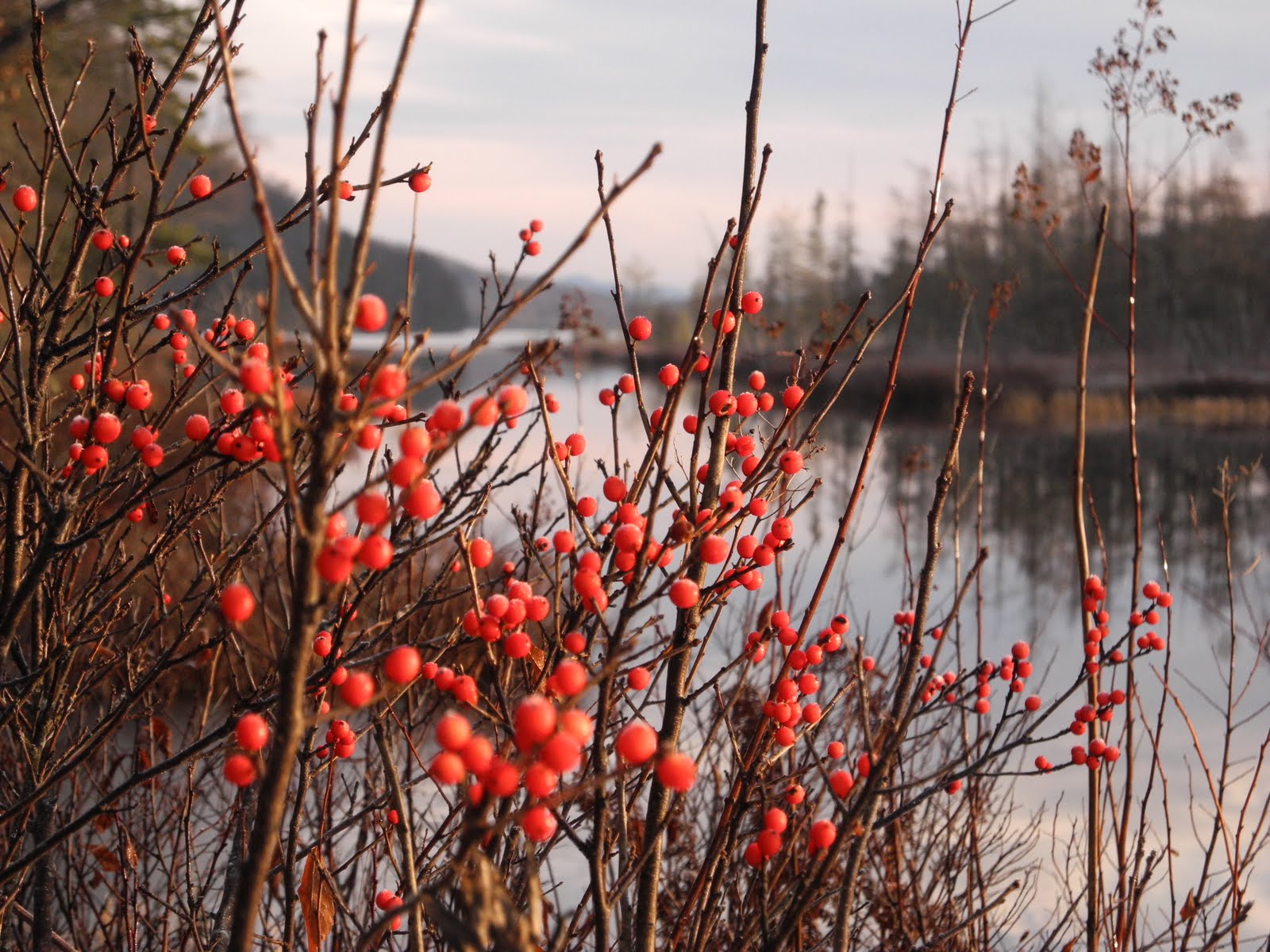 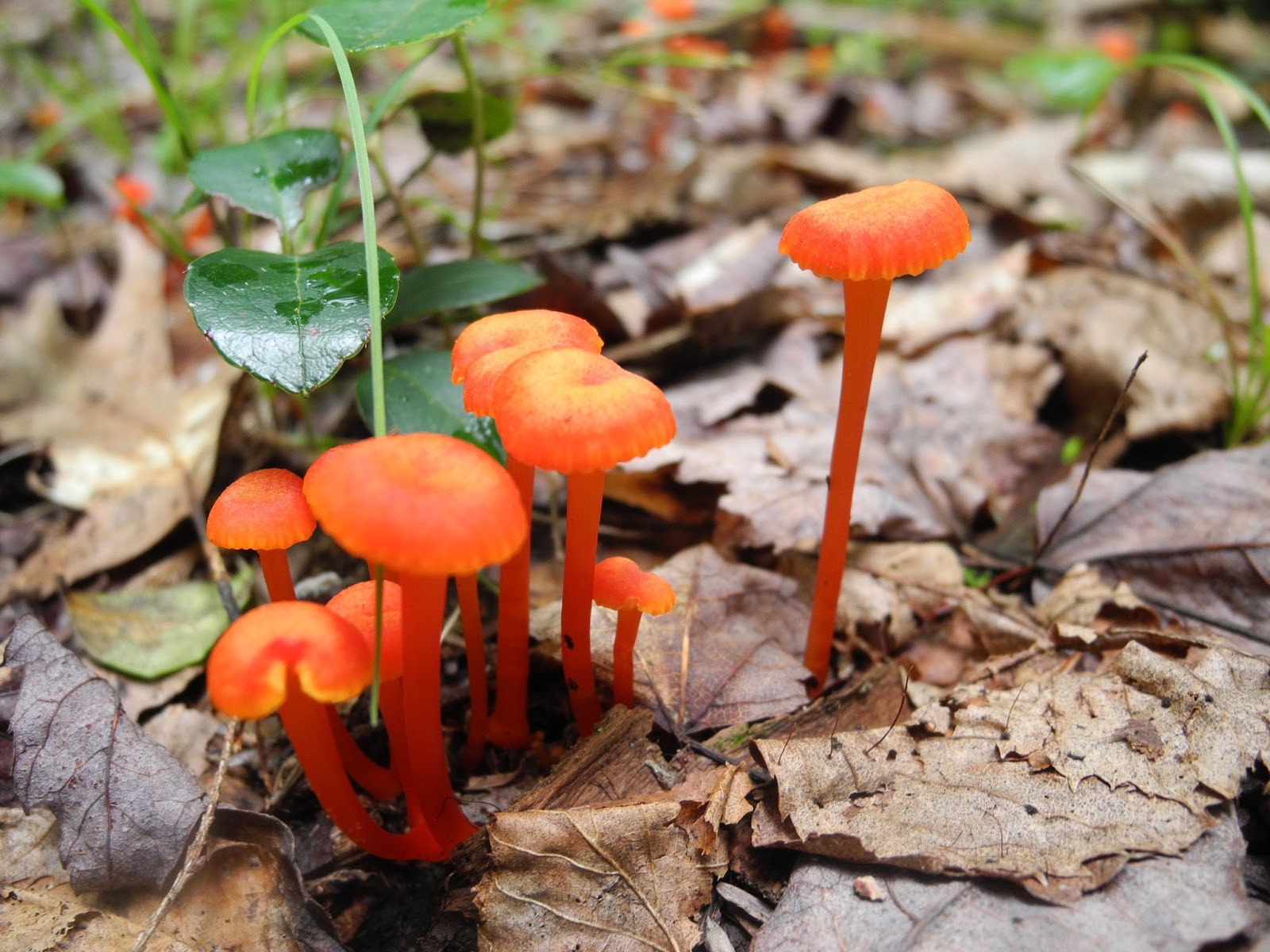 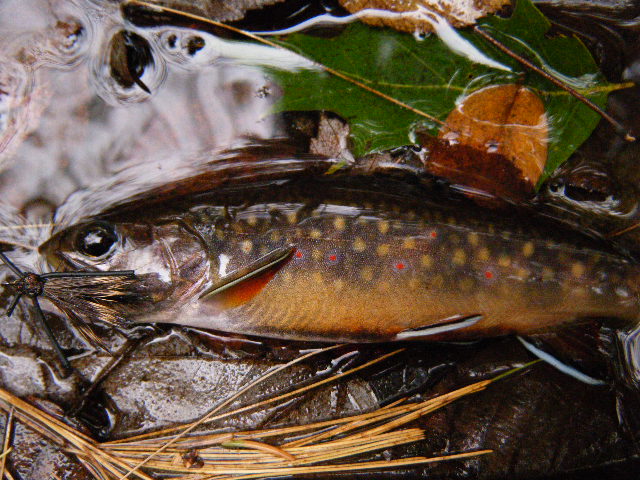 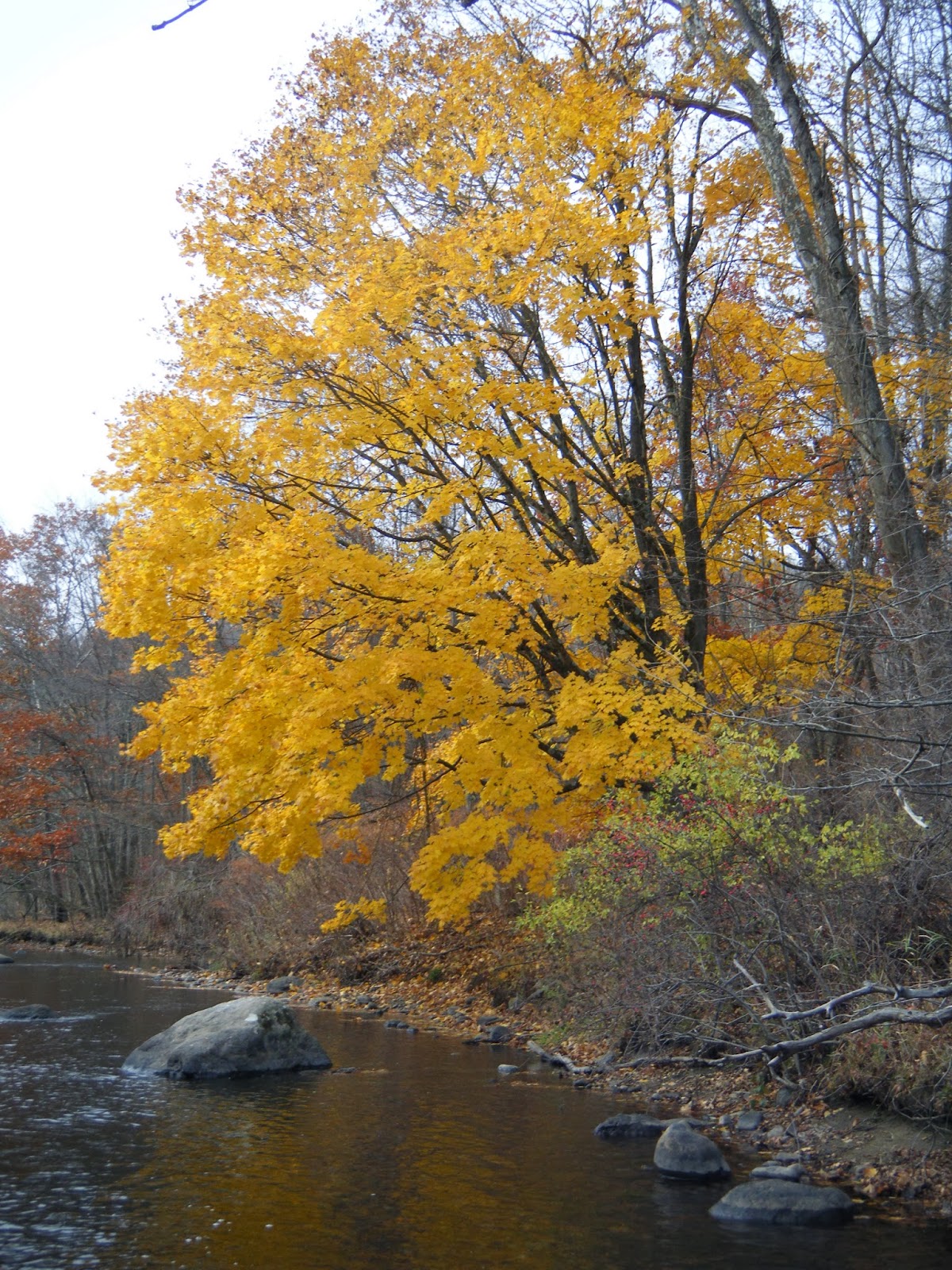 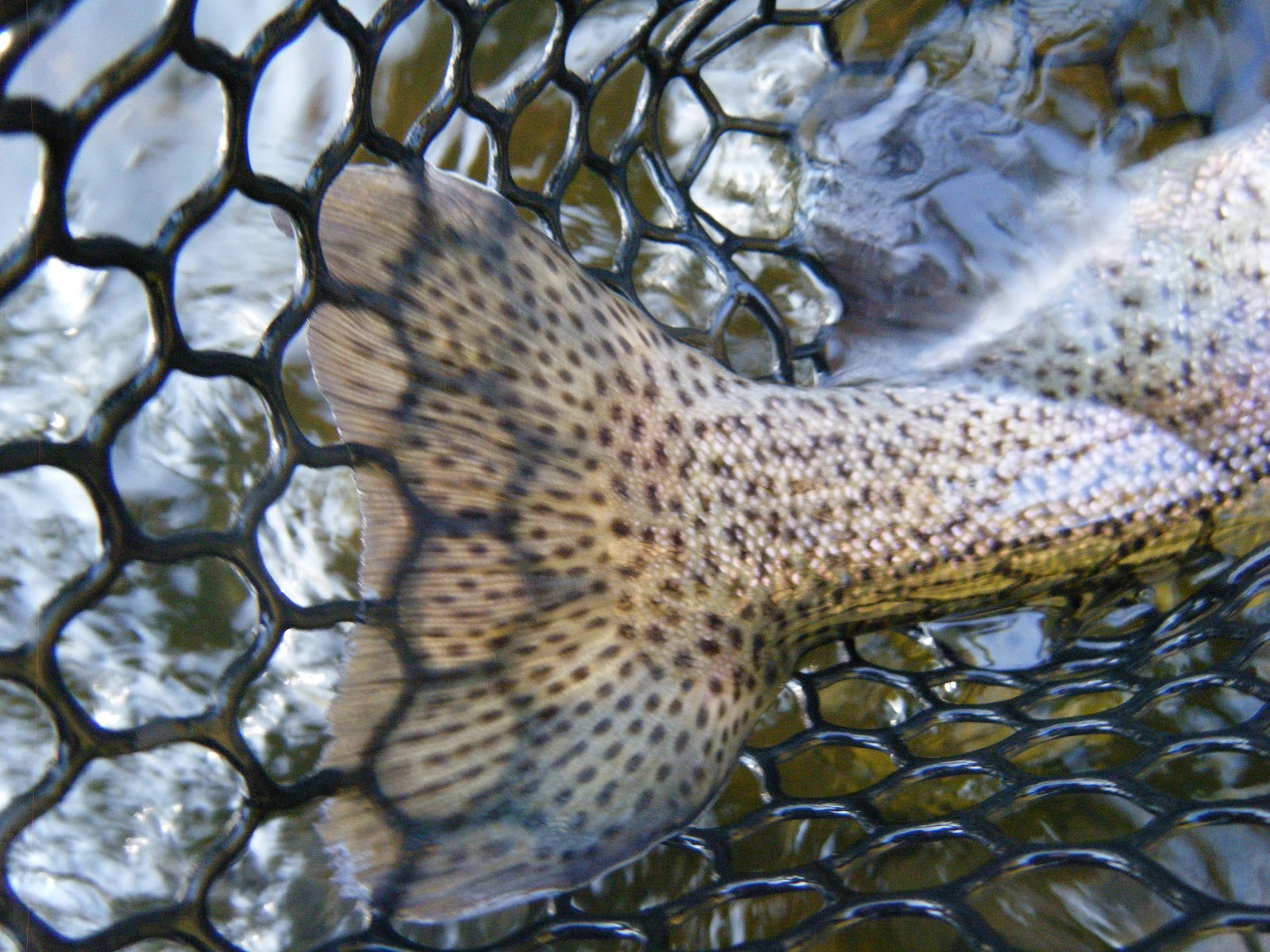 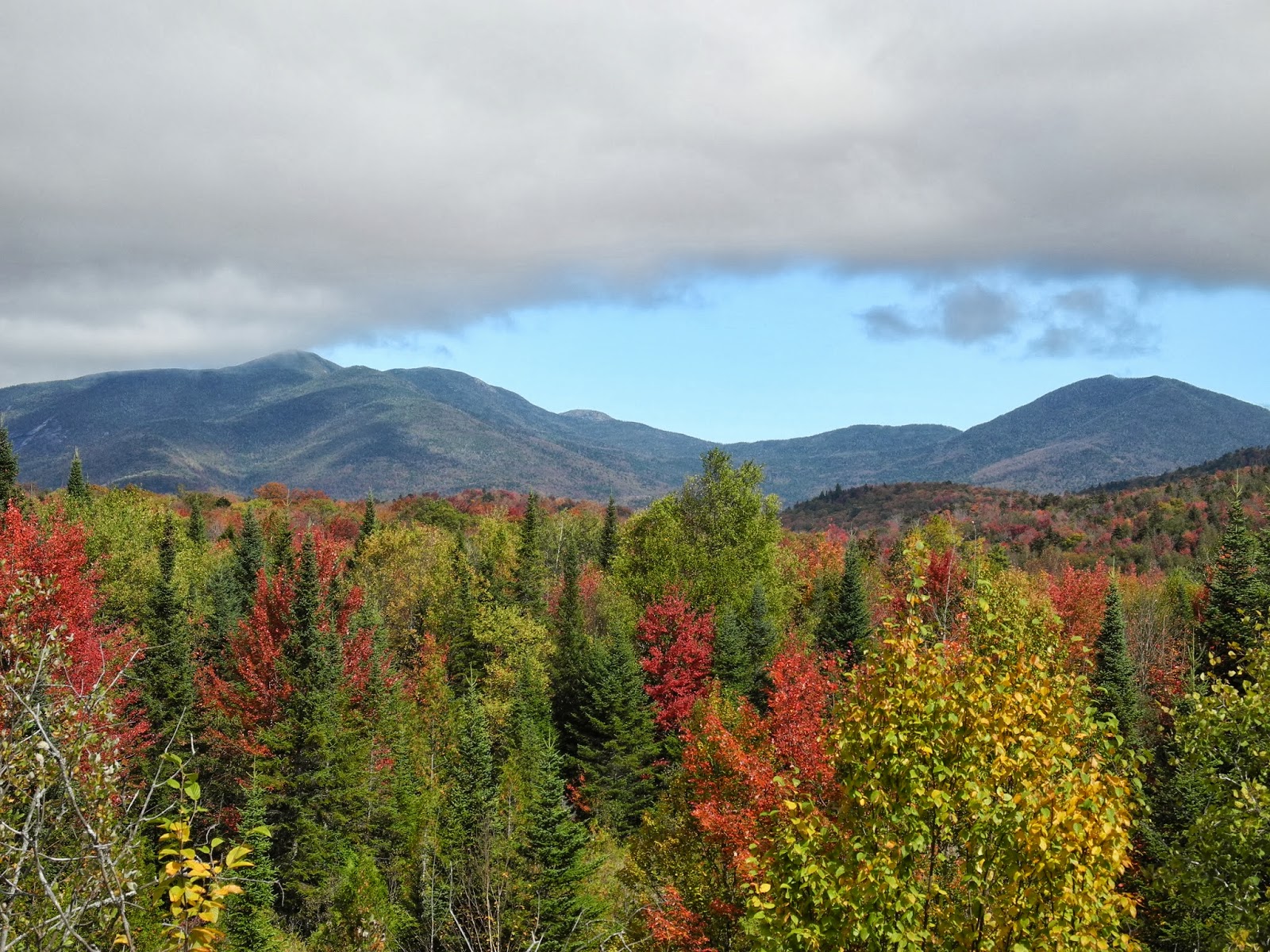 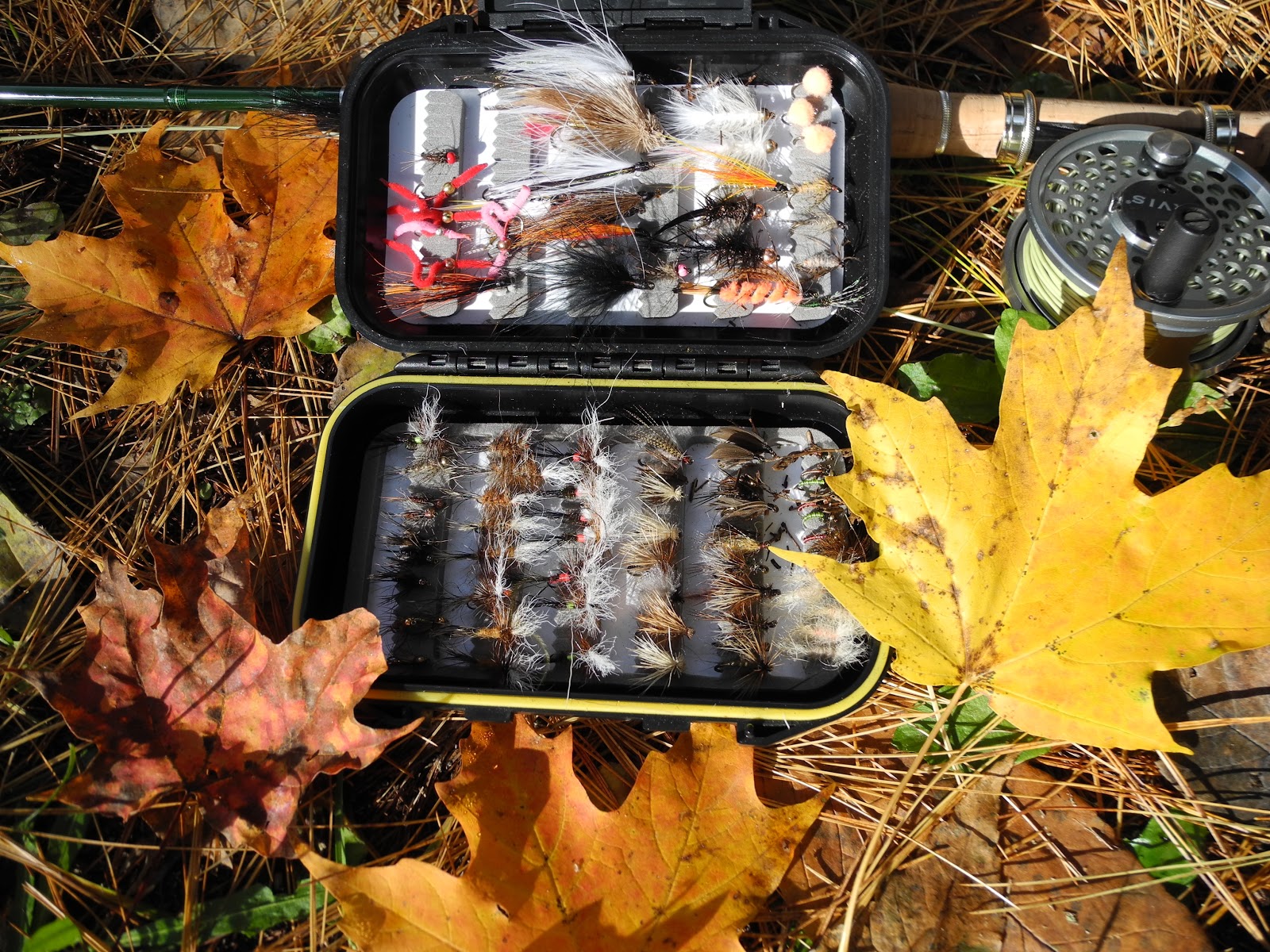 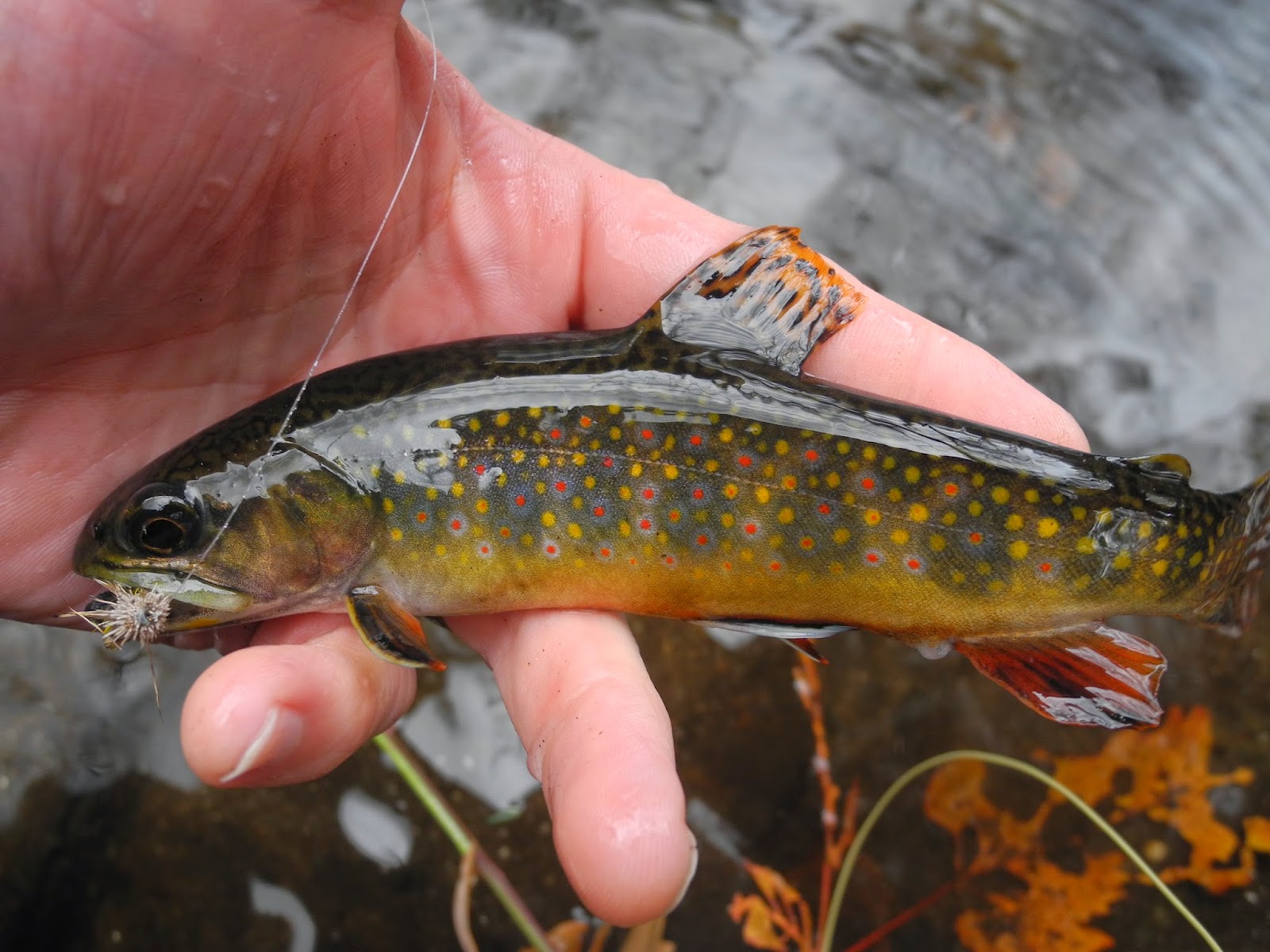 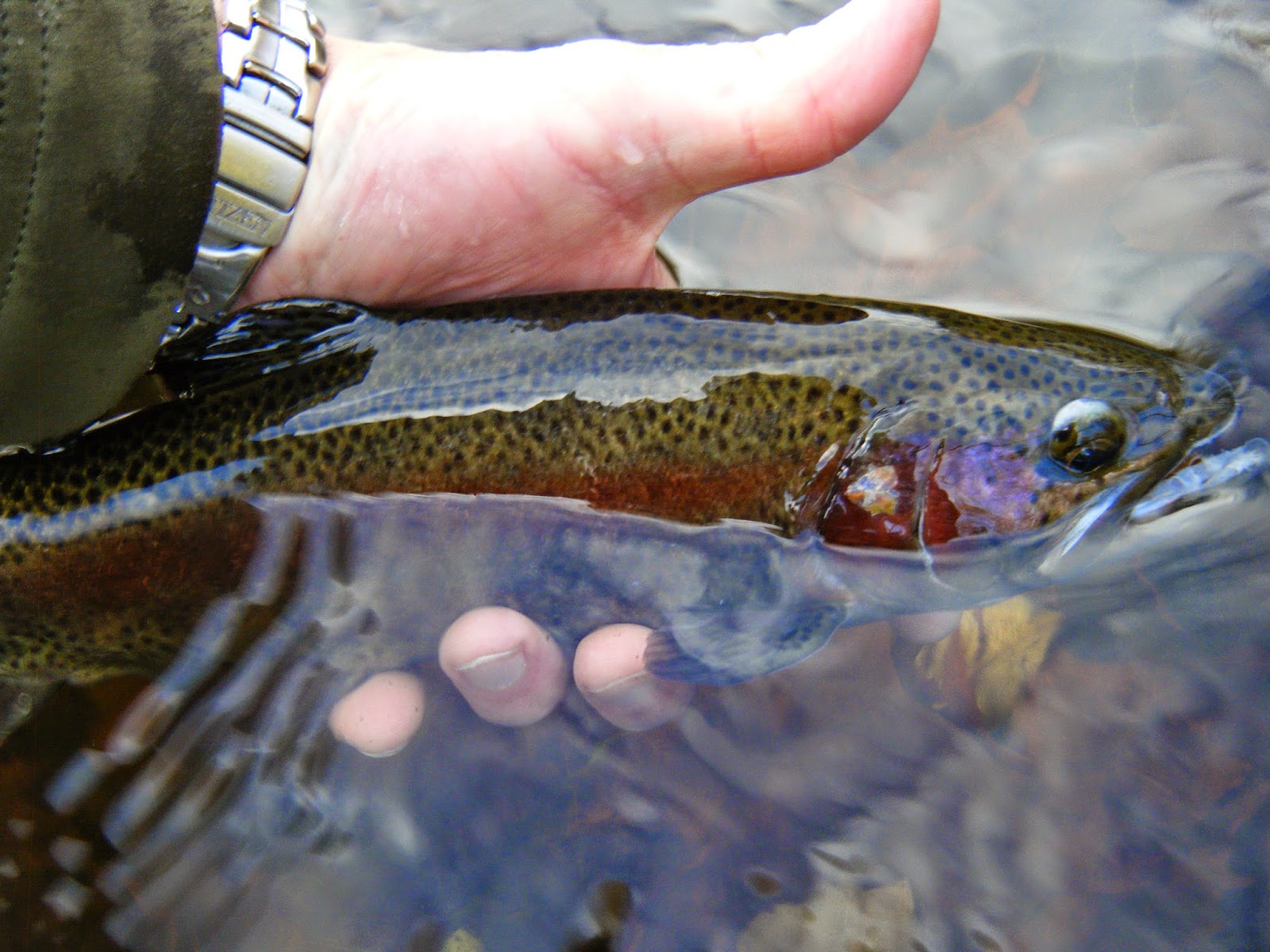 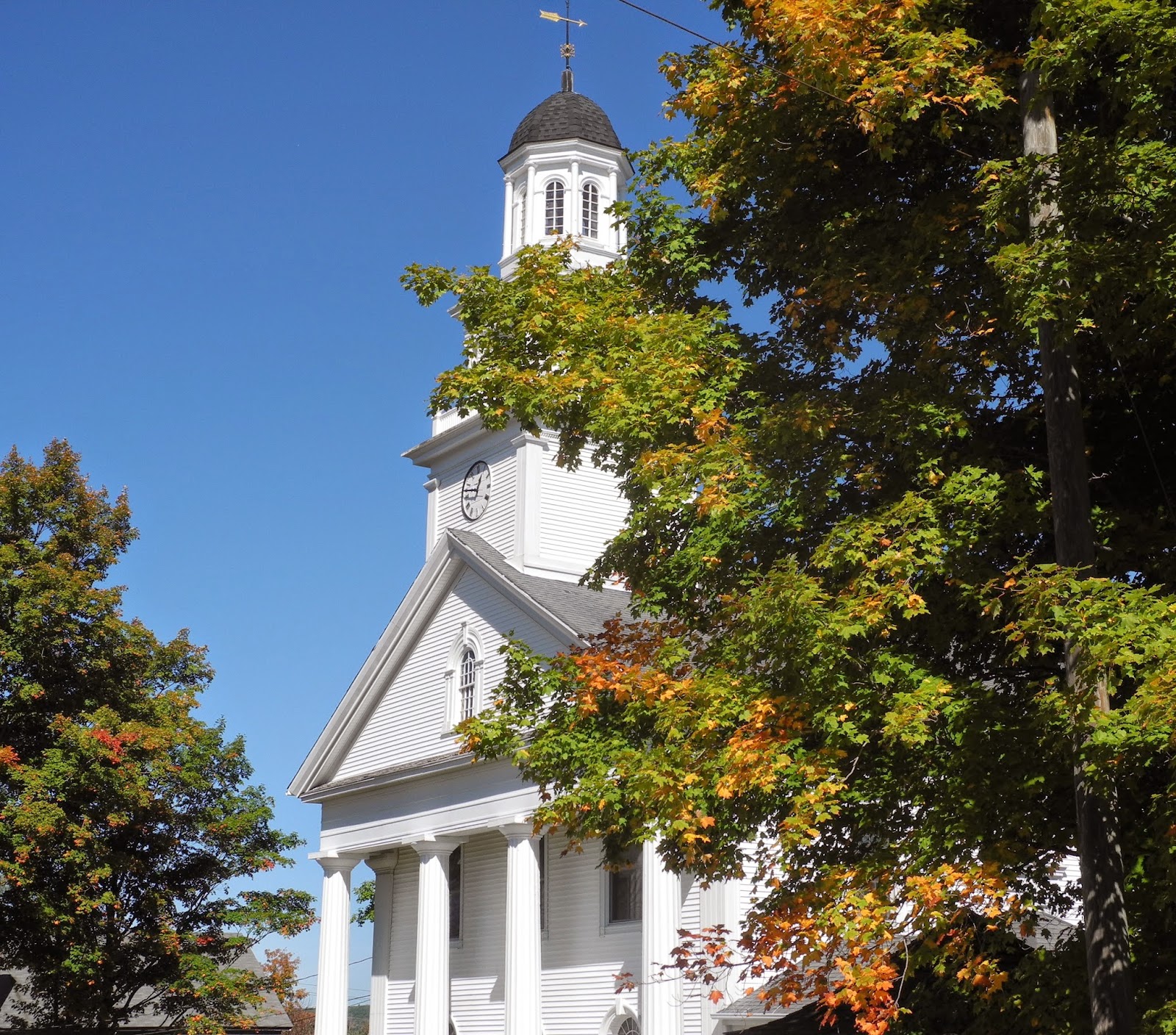 
November days are here, those gray fall days. Most of the trees have dropped their leaves but there is the odd tree here and there still bearing yellow leaves

Despite the overcast skies and a few small olives in the air no fish were noticing them as far as I could see.  The day was spent with the nymphing rod.  A foam egg behind a heavily weighted anchor fly brought a handful of handsome browns and a pair of rainbows to the net.


Mid day I traded the waders for hiking boots and fished a small tumbling brook.   The brook trout swiped at the Royal Wulff but didn't really take it solidly so a switch was made to a small parachute Adams that brought a couple of camera shy brookies to hand. 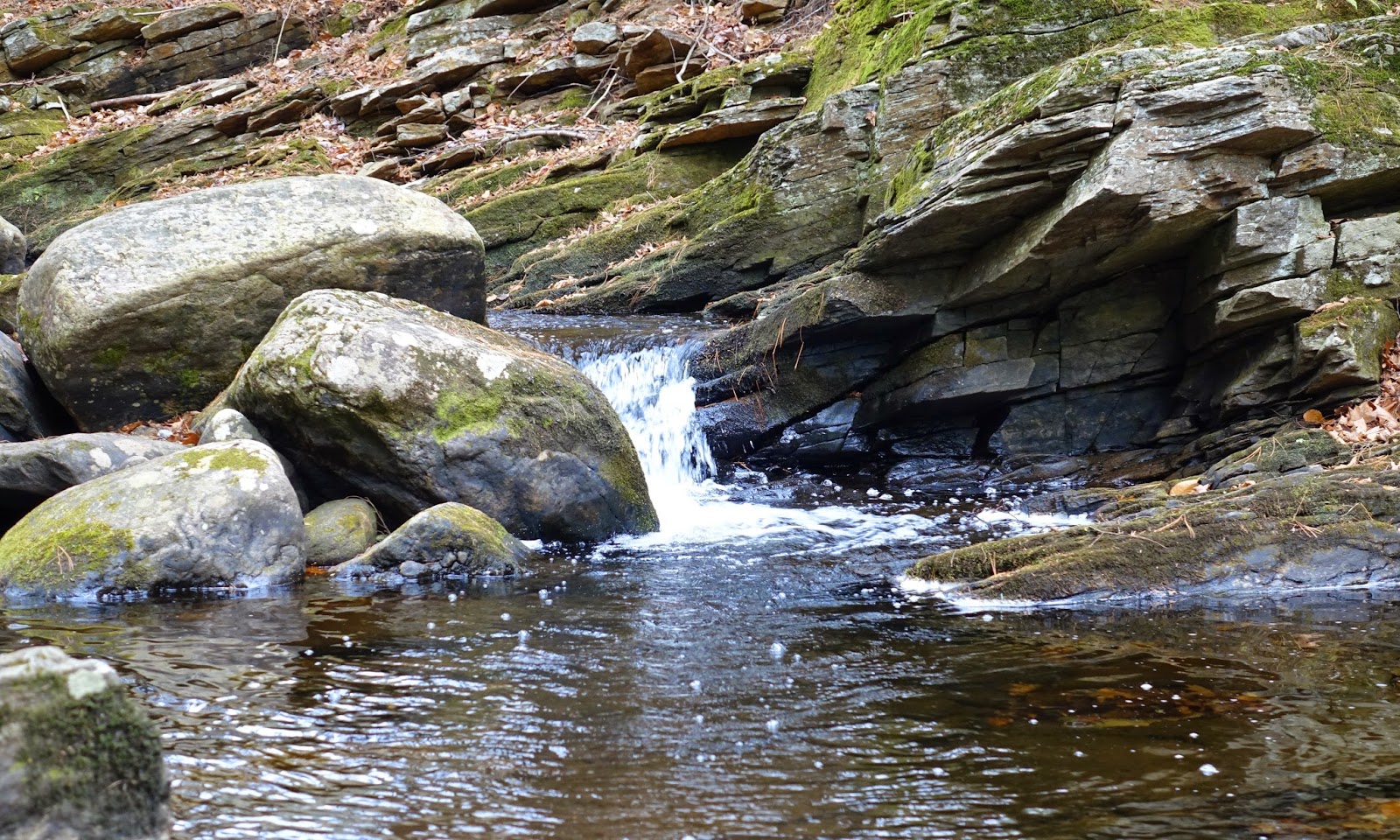