I was out yesterday afternoon looking for fish rising to small olives.  The olives were coming off heavy early in the afternoon but the wind must have put the fish down, since I didn't see a single rising fish.  Rather than stick it out for the winds to calm down, I made the call to change locations to another spot that usually has rising fish hoping the wind would be less of an issue. 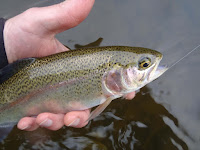 The wind still made getting a good drift tough but I was able to bring a couple to net.  The first brown took a #20 parachute Adams and I though I had things dialed in but after many rises within inches of the fly I switched to a small wingless wet.  I quickly brought a rainbow to hand but it also was good for one fish and that was it.

The highlight of the afternoon was watching a bald eagle circle low over the river a couple of times and then roost in a nearby Sycamore tree.  I've seen eagles cruising the river before but this was the closest I've been to one.  I ran back to the car to get my good camera with a decent zoom on it but when I turned it on the battery was dead!  What an amazing and majestic bird and it's good to see that they are returning to healthy populations once again!

Except for the wind 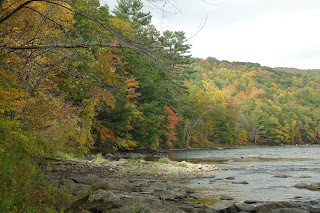 This time of year, I look forward to any opportunity to get out and enjoy the fall weather and the spectacular fall colors that cover the hillsides of New England.  This day's adventure would take me to a wide expansive river.  Big rivers require a bit of a learning curve since there are so many possibilities of where the fish can be but when the fish are rising, at least you increase your odds of finding fish.  I thought the forecast for cloudy skies and moderate air temperatures would equate to a banner "blue winged olive" day.

When I arrived, the cloudy skies prevailed and I started in nymphing the head of a large pool waiting for the olives to start coming off.  I picked up a couple healthy holder-over browns before the wind started picking up and made casting two weighed flies more about untangling windknots than actually fishing. 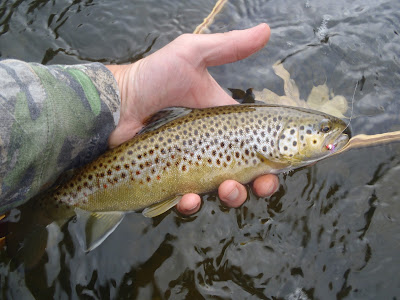 Between the wind and some light showers passing through, it wasn't long before I was damp, cold and wishing I had brought more than a light jacket.  I stuck it out most of the afternoon by getting out of the water to warm up and managed a couple of browns on a small olive parachute but the stiff headwind made it nearly impossible to reach the occasional rising fish without getting blown yards upstream of the target.   Later the fish were rising more frequently but again they were hopelessly out of reach under the conditions.  Although not the banner day I was hoping for, I was still able to catch a few and enjoy some great New England scenery. 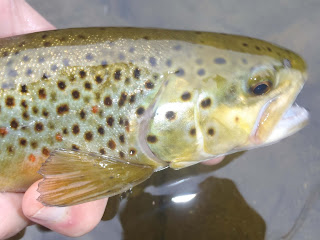 Closing out the season

This weekend we made one last trip to the Adirondacks to fish a couple small streams before the trout season closes in NYS. Even though it's been very dry in CT, the Adirondack streams were quite healthy and running at levels typical of late spring.  Most of the brook trout brought to hand were small, fairly typical for these mountain brooks as the spawning season approaches. A few dries, droppers and wets were fished but the Ausable bomber got most of the attention.

Enjoy the colors of Autumn in the Adirondacks... 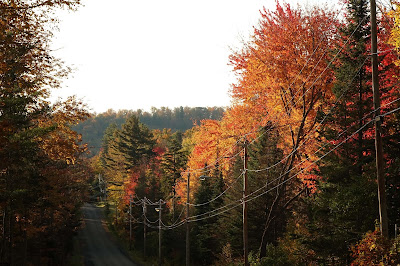 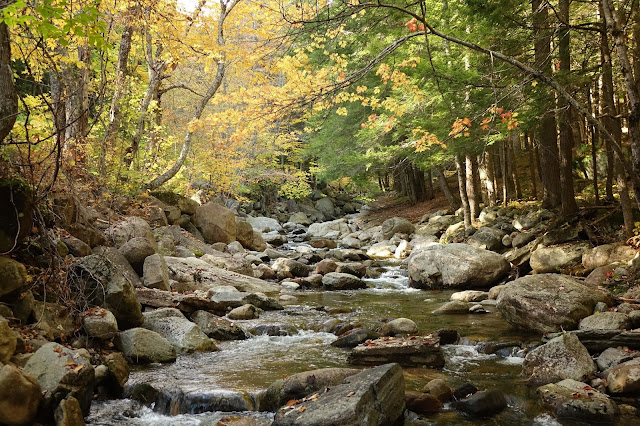 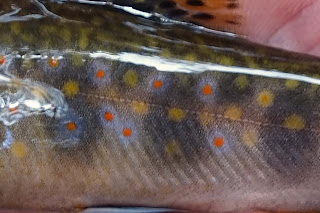 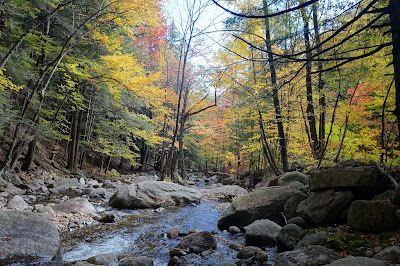 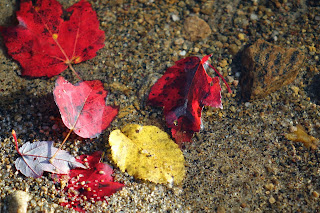 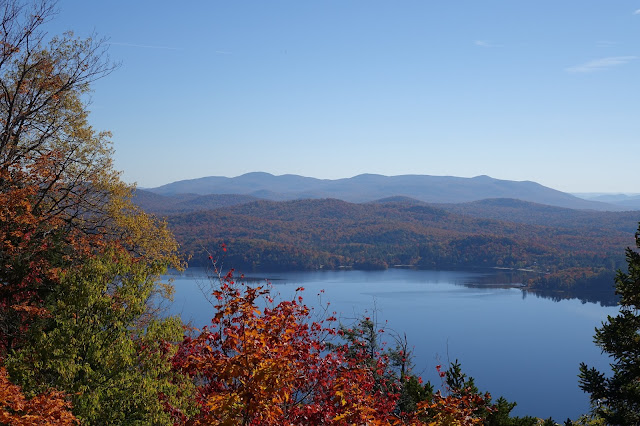