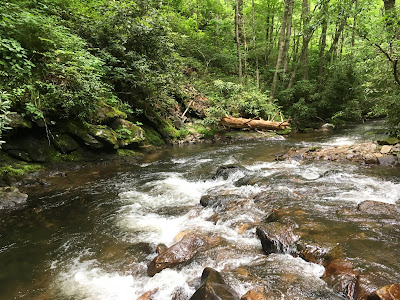 Day 3 was my final day in Smokies.  We fished a stream near the camp in the morning and early afternoon hours and found the nicest brown of the trip which was willing to take a dry fly.

By early afternoon, I had caught a brown, brook trout and rainbow.  The fish in this particular stream were exceptionally fast and even when you were alert and ready, they picked up the fly and spit it out before you could even react! 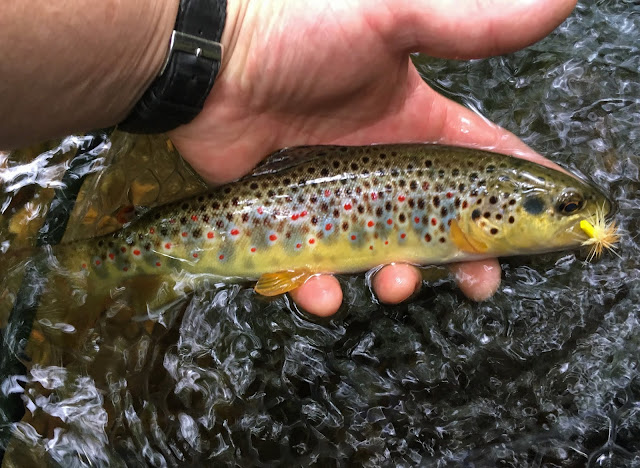 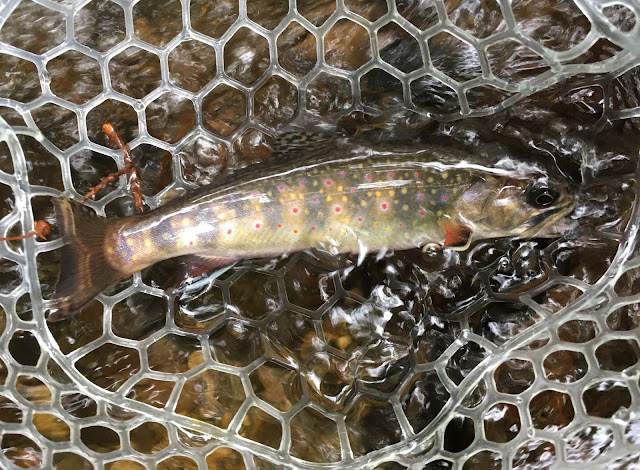 My plans originally were to camp the last night and then leave for Shennandoah the next morning but a quick trip to the local laundromat and a check of the weather suggested leaving early was a better option.  I hustled back to camp, packed up, and drove to Johnson city TN to spend the night.  The next morning it was raining pretty good so I guess I made a good call.   The drive north from Asheville NC was one of the prettiest drives of the trip and one I won't soon forget.
Posted by MarkW at 5:24 PM